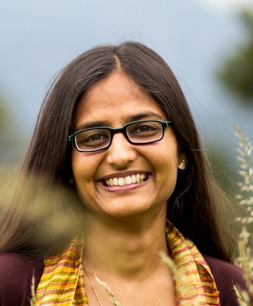 Kritee (dharma name Kanko) People around her and she herself give this body-mind titles. A climate scientist. Zen priest. Educator & founding dharma teacher of Boundless in Motion. An ordained teacher in the Rinzai Zen lineage of Cold Mountain. A co-founder of Rocky Mountain Ecodharma Retreat Center. Faculty for many organizations for courses at the intersection of Ecology and spirituality. Engineer, microbiologist and biogeochemist trained at the Indian Institute of Technology (Delhi, India), and later at the Rutgers and Princeton Universities in the U.S. A senior scientist in the Climate Program at Environmental Defense Fund who helps implement climate-smart farming at scale in India (See academic CV). In the end, she is just trying to be fully present to pain of all beings in the 21st century. And figure out how to act given the resources she has access to. Her experience is that identifying and releasing our personal and ecological grief in presence of a loving community is necessary; that helps us unlock our gifts and serve our communities. She finds herself committed to be in relationship with young adults, permaculture communities, LGBTQ, black, indigenous and other people of color. You can access the talks, interviews and articles that were born of her body-mind here. Please email her at kritee at boundlessinmotion dot org. 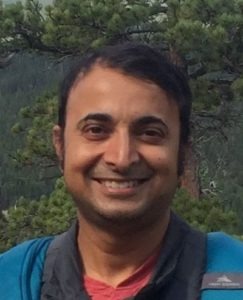 Imtiaz Rangwala is a lay meditation teacher in the lineage of Cold Mountain Zen and has been practicing meditation for about 20 years. He is also one of the founding members of Boulder Ecodharma Sangha. Professionally, he is a Climate Scientist at the University of Colorado in Boulder where he provides climate science support to people managing our land, water and wildlife (see this page for details). He loves to nurture community through his love for cooking, gardening and sharing of songs and stories. He also greatly loves the outdoors and considers nature to be a very important teacher.

Both Kritee and Imtiaz are certified permaculture designers. Being natives of India, they have remained inspired by the historic Bhakti/Sufi movements and leaders like Vinoba Bhave, Vimala Thakar and Thich Naht Hahn who have consciously explored the interface of spirituality and socio-political action. Kritee was raised in a Hindu-Jain milieu in the family of Gandhian freedom fighter Mool Chand Jain and Imtiaz in the Islamic tradition of progressive Dawoodi Bohras.

Dale Gaar spent his childhood in Iowa. He moved to Fort Collins, Colorado for college and to work for acute inpatient mental health, alcohol treatment and community corrections programs. Dale was in Ithaca, New York for law school and came back to Colorado for his law practice which focuses on representing individuals dealing with the trauma of physical injuries or civil rights violations involving inability to access governmental services and employment as well as race-based discrimination, gender-based discrimination, and free speech rights. Dale has also served for many years on the board of directors of the Center for People with Disabilities (CPWD) in Boulder, a nonprofit independent living center that provides a broad range of services to support people with disabilities to live independently in the community.  He has lived in Boulder for many years. He and his wife Rayma raised two sons who are now adults and both practice meditation with Boundless in Motion sangha. Dale advises us on legal and financial issues.

We seek advice of our friends in the Yet-to-be-named network, Denver Permaculture Guild, Rocky Mountain Ecodharma Retreat Center, Boulder Ecodharma Sangha steering committee and an ever widening circle of collaborators to plan our ongoing events.