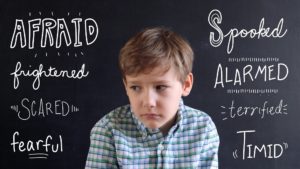 The infants, at the time of their birth, are equipped with only two emotions –fear and insecurity; which, by the time they enter into their youth, grow and multiply into many different but somewhat similar kind of emotions; with a little variation in their shades. During adolescence stage, these emotions grow and multiply so speedily and generate such a storm of emotions that the poor teenagers are at a loss to grasp them-selves. They can only identify something weird and strange happening inside; somewhat good or bad; but are quite embarrassed and

It is true that, we all have both positive and negative feelings, emotions, attitudes, sentiments and values; but don’t know how, when and where to express our particular emotion and in what manner. We all have faced situations when we were so besieged with negative emotions like anger, jealousy, hatred, prejudice, lust etc; that we were in a fix as to how to express our true feelings without embarrassing ourselves and spoiling our relation with others. When we elders, often struggle with communicating our anger or other feelings; how difficult, it is for the kids to do so? They’re doubly helpless as they often lack the skills for communicating assertively. They follow the way and style of the TV/cinema actors only, which is mostly negative and destructive.

Tips for helping the kids

1. Appreciate and accept their feelings: Parents/teachers can help the kids by appreciating their anger and other feelings empathically and making them realize that experiencing of emotions is natural but they need to learn how to express them in right manner; and help in learning specific skills for assertive expression of anger and other feelings. So, they have to teach them to identify varying shades and range of diverse emotions and the positive ways of expressing even the most negative emotions.
2. Encourage kids to put feelings into words: You can help the kids cope with their overwhelmed feelings by constantly encouraging them to talk about their feelings/emotions.
3. Be partners in recording & sharing feelings: Persuade the child to make a list of the common reasons/triggers for his anger and other strong feelings by doing the same yourself, too. Compare each-other’s notes, so that you gain mutual understanding leading to positive interactions around significant “trigger” issues. If the kid is reluctant to share his feelings in words, ask him to write his thoughts and feelings about everyday triggers that create powerful feelings. You should also encourage him to maintain his art diary for it; which can go a long way to explore & express his feelings regularly, leading to better emotional maturity.
4. Give a patient hearing: Help the kid to manage her strong feelings & emotions well by giving a patient hearing. Though it’s quite difficult; yet by readily listening to her politely stated feelings, the parents/teachers can send a great message that their positive expression of emotions would be better rewarded with a patient hearing and positive response.
5. Encourage them to share with elders: Similarly, when they are threatened by some outsiders or even relatives or known persons, they must share with their elders; but they need to work out their other relationship problems themselves.
6. They must be helped to identify their emotions and express the what, when, why and hence of every emotion. For this, Leah Davies suggested that certain “I” rather than “You” messages better help children deal with their problems in an assertive way; because when children begin a statement with “I” rather than “You”; it makes them stand up for themselves assertively rather than being mean or aggressive. But, when they begin a statement with “You”; it implies, they are judging, criticizing, humiliating or even overpowering others. So, let them appreciate that sending an “I message” is a better way to express their feelings.

Hence, it is most important for them to learn to identify their ‘emotions/feelings’ and practice some “I messages” e.g., “I feel angry; when you hit me unprovoked; because I never do it to anyone; I want/need you to stop this.”

Now, in order to teach it to the kids, let us divide this entire message into four parts:

The teachers/parents can write certain “I” message format on the board/paper and ask the kids to form “I” messages in response to some of the following situations:

• You told a friend that your papa beats you after getting drunk; the friend shared this with other guys: (“I feel sad that you told others about my papa’s drinking habit, because I thought I could trust you! I need you to be trustworthy.”)
• You are kept on waiting for your friend, who never turned-up: (“I feel frustrated & annoyed when you don’t keep your word and keep me waiting; because, I never do it to you. I want you to keep your word).
• You are asked by your classmate to give your gift packet or face the consequences: (“I feel angry when you threaten me because we aren’t supposed to act like this in school. Better, if we behave properly”);
• You are ignored at the play ground: (“I feel sad when you don’t let me play because we are good friends. I think you should have included me also”);
• Your hostel room-mate is harassing you: (I feel irritated when you keep bothering me because I can’t do my work. I need you to be empathic.);
• You got slipped over a banana peel while the other children laughed at you: (“I feel embarrassed when you laugh at me because nobody likes to be made fun of. It can happen to anyone”);
• You lent an imported pen to a classmate. He would not return it: (“I feel bad when you won’t return my pen because I got it as my birthday gift. I’d like you to return it.”);
• You are mocked at being a slow runner. (“I feel discouraged when you laugh at me for being slow, as I am trying my best to improve. I want you to stop making fun of me!”);
• You are included in the game during interval: (“I feel happy for including me on my very first day because I know; it’s difficult to include a new guy. I want to thank you all”);
• A child from the other group is asked to join a new group: (“I am excited to be a part of this new group as we’ll learn many new things from one another. Thanks so much”);
• You are invited to a birthday party: (“I am delighted for inviting me to your birthday party, I can make some more friends, thank you);
• Your friend wants to share something important: (“It seems, you have some urgent to talk. You talk first, I’ll do later).

The last four examples relate to the expression of positive emotions because we need to be thankful for positive gestures shown by others, since the “I feel…when you… because I…” set-up isn’t always meant for expressing negative feelings alone; it can be equally used to express positive feelings too. So, at times, thanking or approving other’s idea or just listening to others carefully or let them have their own way is also a desired skill.

Occasionally, it is more practical to involve peers by dividing them into pairs and have them practice saying “I” messages concerning some problem situations. Teach, encourage, and give practice to the children in all the possible manners to express their positive and negative feelings/emotions assertively rather than aggressively or submissively. Because, helping children learn to make assertive and positive statements about their feelings enhance their peer relationships and help create a more positive family-classroom atmosphere and better social harmony.