Some Tips for Couples with Wide Personality Differences 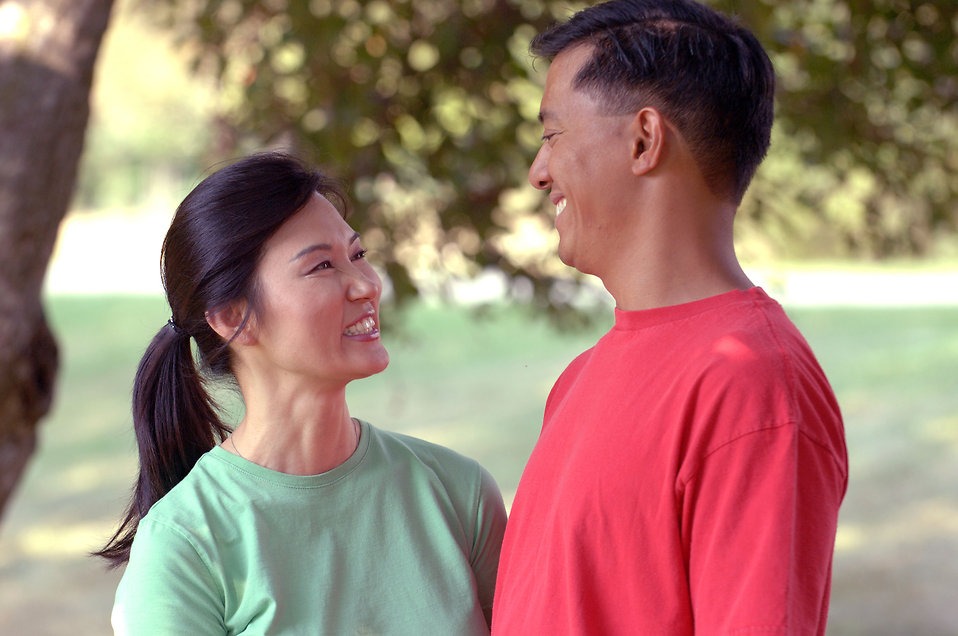 It is really difficult to establish a loving relationship between couples with wide personality differences. But it is equally true that the urge to develop a loving bond between spouses and a little understanding, patience and preparation to maintain it by bringing small changes in ourselves, we can sweeten our bond with our spouse despite our wide personality differences. But remember that no partner can ever make it possible single handedly. In order to build and maintain an enduring, contented and strong marital bond, both the partners have to try hard incessantly and that too again n again. And this endeavor should last until your last breadth. There is a ray of hope even for such couples to sweeten their bond by following small tips:

• Let both the partners have their personality check up: We all live in the illusion that we know ourselves perfectly well. But this is our big mistake/folly. It is essential for both the partners to know themselves individually before knowing each other. It is very important for you to know, what it is that you can never change even if you want to change, e g If you like solitariness, you can’t enjoy any social situation or be happy amidst people or party type environment, even if you like to do so. It implies that you can’t change your introverted temperament as it is your central or source trait and your soul’s demand. Likewise, your just opposite partner may have his internal demand to seek people’s company, be among lots of friends, enjoy party situations or be in some leadership role. Just think, if you can’t change your introverted nature, how can you expect your spouse to change his/her extraverted nature? Similarly, after going through your complete personality assessment, you can come to know some other personality differences between both of you. So, you both note down carefully your surface/minor traits (which you can change) and source personality traits (major traits which you can’t change).

• Exchange that list with each other: Now after exchanging and going through your partner’s list of source/ major personality traits, please note carefully the following:

i) The points of your contention (The extreme opposite traits in you): You would come to know about some crucial source traits which separate you apart and impart you both your individuality. For example, one may be extreme extravert while other – an extreme introvert.
ii) The traits in which you differ moderately (points of your adjustment). You will also know about some other traits in both of you which make you differ only moderately and so can adjust with each other with a little effort.
iii) The traits common to both of you (the points of your compatibility). You would also learn that there are also some common traits which place you exactly on the same platform, and which perfectly match you with each other.

• Start with the commonalities in you: Please explore as many common points in you both as possible and work together on those points. Spend most of your time, energy and efforts in developing your sense of togetherness. For example, you both love your children and/ or doing painting/gardening. For this, you spend more time in thinking, planning, doing some great things for your kids, i.e. make your kids the focus of your attention. Or if you love gardening, spend more time in thinking, planning, doing some great things about developing your kitchen garden or lawn and giving it a creative look. The point here is that, the time spent in your common interests would be the best time investment for both of you. It will fill your life with positive energy, joy and bliss and leave less and less time for your contentious issues.

• Now work on the issues of your moderate differences: These are the issues where you both can work together by a little give and take attitude. Suppose one is more impulsive and the other is less impulsive. Now you can divide your everyday jobs in such a manner that, too much of impulsivity of any one of you does not affect your other important jobs or roles negatively. So, the handling of kids may be assigned to the less impulsive parent so that he/she may not harm the child due to his high impulsivity.

• Now touch your extreme points (the traits in which you are pole apart) very sensitively: Believe it; you might have only one or two traits which make you poles apart. These are the traits which give you your identity, your uniqueness, your individuality, your purpose; and all these may reflect the voice of your soul. You both have to display utmost understanding, patience, readiness and compassion in dealing with each other on this critical but sensitive issue.

i) So, first of all accept and respect your own unique trait: It is just possible that your partner does not cooperate with you at all. He/she may not understand you and so, does not accept and respect your individuality. Even if he understands you, he does not bother to cooperate. He rather tries to prove you wrong or mad or something like that. In such circumstances, you are left with only one option- that of accepting and respecting your own self and making your own place in your life. It implies, you stop bothering about his/her criticism or his hurts and give respect to your own self, value your individuality, be proud of it. Your spouse will also have to accept sooner or later.

ii) Accept the individuality and identity of your spouse too: Please try to understand that if there is anything in you which separates you from your spouse completely or maximally, the same is true for your spouse too. You are both poles apart on the same dimension, let us say on the dimension of Extraversion-Introversion (E-I). So, if you like to have or do one thing, your spouse would like to have or do exactly the opposite. On this very dimension, you both are absolutely incompatible and hence this is the issue of your utmost contention, stress and strife. So you have to accept and give respect to your spouse’s individuality, too.

iii) Never try to prove your spouse to be wrong, mad or abnormal: Since, introverts are very less in percentage as compared to the extraverts, there is a general misgiving that they are abnormal people. This misgiving is further reinforced as the extraverts are always more welcomed, appreciated and valued. So, the next important issue for the extraverted spouse is to accept the introverted nature of his spouse. Instead of labeling him/her as abnormal or mad, accept, appreciate and honour the other spouse, as you would have honored yourself. Believe it, more than half the problem is automatically solved when you start accepting, valuing and showing concern for your partner.
However, if the extraverted spouse is unable to appreciate the above, the introverted spouse may help him/her appreciate that he/she is not abnormal, rather very much normal like any other human being. In case, you or your spouse has any problem to digest this, you can always take help from any good counsellor or take a workshop on personality adjustment together.

v) Give space to your introverted spouse: Now, when you fully understand and appreciate the introverted nature of your spouse, you must also honor his/her urge for privacy. So, take care that instead of trying to condemn, criticize and hurt your introverted spouse, you give him/her the opportunity to enjoy his/her own private world, own space. You may even propose and encourage him/ her to do some creative/writing work during that time. This little gesture on your part may surely enhance your love and esteem for each other.

vi) Change your expectations from each other: Take a step further. The moment you realize that your spouse is introvert, do not ever expect or force him/her to give you company to a party or any social gathering. Do not impose your need on each other. Rather give him his space so that he himself realizes your need. Likewise, the introverted spouse should never think of limiting his wife/husband to the four walls of the house. He should rather afford her the opportunity to enjoy social gatherings and provide his support by doing tit-bits for her. Agreed, it is not very easy, but with your patience and prioritization, you will try to remind yourself again n again to accept n welcome your spouse as he/she is and help him/her to grow like that.

vii) List the ways in which you both can walk together: With the help of your psychotherapist you both can plan your day in such a way that you become complimentary to each other n make your bond beautiful and undying.

viii) Learn to love those things which fill your spouse with new hopes n zeal: Why limit your-self to compromises alone? You can take a step ahead by taking a lead or initiative to encourage him/her to do a work of his choice. For example, Anshu was always excited to go out and plan picnics, social gatherings or have fun with friends, while his wife felt tense and isolated at home. She used to think, why her husband could not give her company at home? But after psychotherapy, she came to realize that socialization and outings were part of his personality, nay his innermost craving and that he derives special energy and joy out of those activities. Lo! She herself started taking initiative to plan his socializing activities and also sometimes giving him her company. As a result, Anshu got double energy n joy because previously, he went for socialization without her support and so felt guilty; but now, her initiative and support filled him with extra love, joy and energy which were so obvious in his future dealings with her. It actually brought a fresh aroma in the family setup.

ix) Instead of denying each other, be supportive to each other. Instead of challenging your partner, help each other by mutual considerations. Like, Manu was reading his book as usual when his wife Sudha, who used to be irritated seeing her husband pouring over some book; suddenly offered to share what he was reading. Not only this, she added, if she liked that, they both might read together at least for some time. Now, you can visualize yourself, what this initiative meant for Manu and how he would have responded to his wife? Obviously, he was likely to be extra happy and in return would like to extend his own hand towards building n maintaining cordial relationship between the two.

We have just tried to discuss about the differences on the dimension of Extraversion –Introversion. In the same way, we can also tackle differences in other traits and solve our problems of adjustment with each other. But, first of all, do not forget to have your own personality check up by a good psychotherapist.