Paper presented by Dr. Swatantra Jain at the National Seminar on 50 years of Policing (Chandigarh)

(For other articles by Dr. Swatantra Jain, please check this webpage). 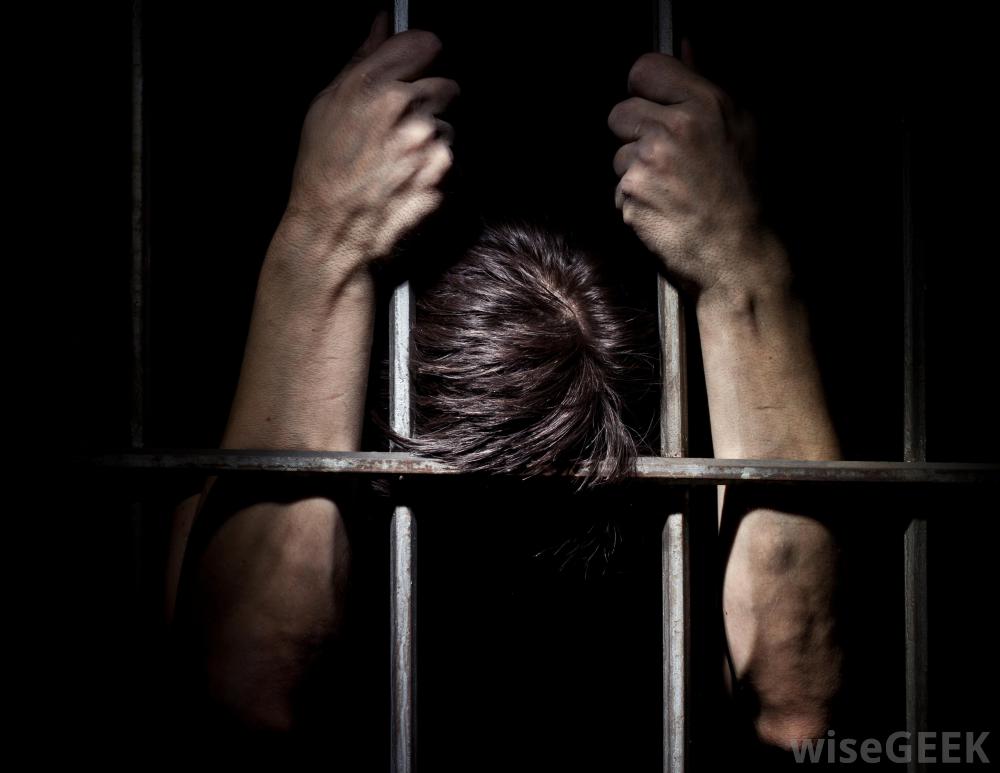 I start with my firm conviction that no child is ever born evil or wicked. According to famous psychoanalyst Carl Jung, ‘Every child inherits universal or racial unconscious.’ Illustrious Indian philosopher and spiritually enlightened revered Vimala Thakar also opined that ‘The man is a condensed cosmos, imbibing all what is good and bad, the noble and the ignoble, the visible and the invisible in him/her; having the humility of the tree as well as the arrogance of the giant. He/she is as tolerant as the Mother Earth; as elegant as the Great Mountain; as deep as the Ocean and as vast as the Caribbean Dessert.’ Hence, it is extremely difficult, if not impossible, to peep into the fathoms of mind of anyone who committed an criminal act.

What we must not forget is that the so called criminal is basically a human being. He/she is not a born criminal. If someone has done something wrong to the individual or the system, the “criminal” might be misdirected by the force of the circumstances, the uncontrollable impulsivit, wrong upbringing, education or training, wrong acquired attitudes, value system or behavior pattern, prejudices. Alternatively, it can be due to one’s inner weakness, poverty, fear of his kith and kin being harmed physically; or even due to having been exploited by some vested interest, who must have misguided him /her to serve his own purpose. Or maybe, due to his own pathological personality, one is unable to control his instinctive urge for some act and thus indulge in anti-social act(s). Again, one might be too perturbed, mentally retarded, or let us say, too overpowered by the ‘death instinct’ in him to use his analytical powers and discern what is right and wrong. May be, his basic needs were thwarted too much or he is too traumatized in his early childhood that has made him revengeful and bent upon avenging the wrong done to his own self or his dear and near ones. Last but not the least, he may be too ideal to tolerate injustice being done to anyone on the earth.

Whatever may be the genesis of a criminal act; whatever its dynamics, we must not forget that the human being can always be mended, humanized and brought back into the mainstream. Gone are the days when the offender was put behind the bars to be rotten forever and ever. We see a silver lining because of the shift of focus in modern times which provides for a secure place for the confinement and transition of law-violators away from circumstances where disassociation from society was a norm.

Though we have accepted this ability to transition back into society theoretically, in practice our police force, our prison staff as well as laymen have not been able to digest the above concepts too well. This gap between theory and practice has led many social scientists and religious saints to devise ways and means to formulate some humanistic intervention strategies. In this direction, we appreciate the laudable efforts of the central jail authorities of Jabalpur for turning it into a reformatory. We are proud of Magsaysay awardee, Kiran Bedi – the erstwhile police commissioner of Delhi, whose commendable humanizing work in Tihar jail is well known. Her Vipashyna meditation experiment with the hard core criminals in Tihar jail brought her laurels and also the Megasaysay Award. She started Vipasayna meditation for the criminals and made it a tapo-bhumi. She proved to be a guiding spirit and an inspiration for the jail inmates; and her sincere and dedicated efforts proved to be a turning point for the negative image of the police force.

A similar kind of experiment was conducted by my team in Borstal jail, Hisar in Haryana (India) to see the effect of Preksha Meditation on the personality, values and anxiety level of the adolescent first time convicted criminals.

It has been established not only philosophically and spiritually; but also scientifically that the fundamental cause of the above stated problems of social unrest, violence, corruption, indiscipline and sexual offences, is the “imbalance in the hormones of our Endocrine Systems which is ultimately responsible for all sorts of distortions in our behavior” (Jain Sadhika Kameshwari).

The advocates of Preksha meditation further preach that the secretions of hormones from our endocrine system are responsible for our mental attitudes as well as our behavior. These hormones interact and control various functions of our nervous System. Enormous stress conditions and tensions have forced our endocrines to be overloaded, which, in turn, have violated their products, i.e. hormones. According to Acharya Tulsi, “If the secretion of hormones by the entire endocrine orchestra is harmonized, a more balanced equilibrium between the opposing components of the ANS can be established. He claims that Preksha Meditation is an innovation in that direction; and aims at molding a healthy individual with balanced all round development”.

Preksha or perceptive meditation is concentration of mind on one perception at a time. It is a process of awakening one’s own reasoning mind (vivek) and thereby controling one’s passions and emotions. It is based on the principles of ‘engaging one’s mind by concentrating on perception rather than on thought. The perception, again, is that of the internal phenomena of consciousness and not that of the external objects. It is a technique of seeing one’s own inner-self completely. It consists of regulation and ultimate control of respiratory and other physiological functions; nervous system, endocrine system – the ductless glands and thus, the subtle inherent vibrations which produce passions.

The advocates of Preksha Dhyan also claim that Preksha Dhyan has overall impact on all the aspects of development at the physical level by helping each cell to revitalize itself; at the mental level by training the mind to concentrate and cleansing & relaxing the mind treating various psycho-somatic illnesses without drugs; at the emotional level by activating the functioning of the reasoning mind and controlling reactions to environmental conditions, situations and behaviour of others and also harmonizing the functioning of the nervous and the endocrine systems which result in control and ultimate eradication of negative emotions such as jealousy, fear, greed, anger, lust and sexual perversions; and finally at the spiritual level – as it leads to attain infinite compassion, equanimity, lasting happiness and bliss.

In order to test and verify the claims of advocates of Preksha meditation, the author undertook an exhaustive research project sponsored by UGC, ‘to see the effect of preksha meditation on the attitudes, values and personality traits of young adolescent convicted criminals’. The study was confined to all the 28 convicted inmates of Borstal Jail, Hisar (Haryana) in India; in the age group of 18-21 years. The convicts comprised of murderers, rapists, thieves, dowry/bride burning cases, property and multiple crimes. All the inmates were administered various related psychological questionnaires/ inventories to test their personality, attitudes and value system before and after the preksha meditation training and practice of 15 days.

For practice in Preksha meditation, 15 days intensive meditation camp was organized in the jail premises under the supervision of Sh. Dharmanand ji, Director – Adhyatmic Sadhna Kendra, Mehrauli, Chhatarpur, New Delhi and coordinated by the author. During these 15 days, all the 28 inmates were given practice in all the above stated seven steps of Preksha meditation. In addition, these practice sessions were punctuated with inspiring talks by some renowned dignitaries in the field of Preksha meditation as well as by the author herself. The author made it a point to live with the jail inmates and spend maximum time with them to change their attitude and also to read their psyche.

On comparing the results for pre- and post- meditation scores on personality, attitudes and values, it was concluded that Preksha meditation had a significant impact on the attitudes and personality traits of the jail inmates . While the convicts have shown a significant improvement in the attitudes towards teachers, parents , discipline, life & humanity and religion, there is little change in respect of various values except that of religious value. This positive change in attitudes in favour of all the above stated aspects i.e. parents, teachers, discipline, life & humanity and religion show that the claim of the exponents of Preksha meditation is proved that Preksha meditation helps change negative attitudes and negative reactions which are responsible for crime prone behavior. With regard to personality, the results have shown tremendous impact on the young criminal’s ego strength, social boldness, resourcefulness, rule boundedness, intelligence, anxiety level, suspiciousness and impulsivity.

The valedictory function of this meditation camp was covered and broadcasted by Door-Darshan, New Delhi. The inmates spoke for themselves that they were highly benefitted by the meditation experiment and they also requested the prison authorities to continue meditation in all the prisons. These results strike a pleasant note and enkindle our hope to bring the young/delinquent offenders into the mainstream. Hence, yoga and Preksha meditation should surely be given a serious trial in all the reforming institutes, Borstal jails and other prisons to bring the young criminals, especially, the first time convicts into mainstream. By so doing, we would be able to humanize these criminals and turn them into constructive members of our society.